Warning: count(): Parameter must be an array or an object that implements Countable in /homepages/36/d114245474/htdocs/TheCoPilotsPodcast/wp-content/themes/playcastpro/lib/metaboxes/init.php on line 746

Warning: count(): Parameter must be an array or an object that implements Countable in /homepages/36/d114245474/htdocs/TheCoPilotsPodcast/wp-content/themes/playcastpro/lib/metaboxes/init.php on line 746
 About The Co-Pilots – The Co-Pilots Podcast 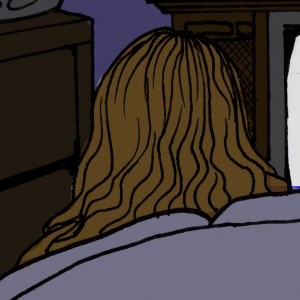 Austin graduated not too long ago with a Bachelor’s Degree in Computer Science and a dream of becoming the worlds most famous game developer. At the moment he spends all his free time looking for work and working on side projects that he loves. If you asked Austin what he does for a living he would tell you that he is an indie game developer. Most people would say he looks to be unemployed but he would ensure them that those are one in the same.

He is also an avid consumer of audio in many different forms. He listens to a plethora of podcasts and even more music. If pressured for a genre none would be given and a claim of “Anything” would be thrown out but this isn’t true. Austin hates electronic music with a fiery passion. He says it isn’t real music unless it has lyrics so you can imagine big band is out too. Austin met Browning while working for an online radio station in college. They’ve been good friends since. 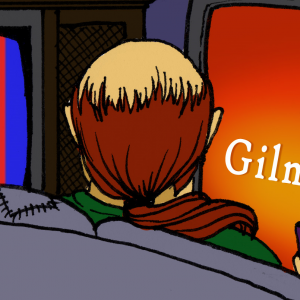 Browning, after years of pissing away his life in the food industry, has now returned to university to pursue a Bachelor’s Degree in Physics. He’s still wearing dumb hats for a living, but there is much less of the soul-crushing listlessness going around this time. After the Bachelor’s Degree, he hopes to pursue a Master’s, and ultimately land a job at NASA, provided NASA still exists at this future date. Browning is perfectly fine with Pluto no longer being a planet.

When he’s not spending staggering amounts of taxpayer-subsidized loans on stupid shit like microphones for a podcast and bandanas, he’s probably playing something on Steam that came out forever ago. Current culprits include the S.T.A.L.K.E.R. games and The Witcher 2, but also newer games with permadeath, like Sunless Sea and The Banner Saga. If he’s not doing one of these, he can be found eternally browsing Reddit. Browning often has to be dragged bodily to the television before he’ll see any movies or television shows at all. That is, unless there is craft beer and good food involved.

Although he says he listens to “everything” (what a pompous ass), his musical tastes include exactly three genres: Metal, Celtic Folk Music, and the Indigo Girls. Browning first met Austin in their old college dorm, when he wrote in to Austin’s radio show only to find that the latter was broadcasting from the next floor up. Fortunately, for both of them, it went way better than what usually happens when meeting strangers from the internet.

Amanda is a recent college grad who moved to the Coast to catch some fun in the sun and gnarly beach action. She met Austin and Browning at a camping event long ago but reconnected with Austin at a local Game Board Day through a mutual friend. Once reconnected, she was reconnected by default to Browning as they are the one true pairing of all besties.  When she’s not watching a pilot episode or recording a fun and titillating episode of The Co-Pilots, she’s lagging behind in producing show notes, playing a game, writing, watching a movie, doing arts and crafts, reading, or watching The Real Housewives of Beverly Hills. Her favorite color is purple and she is a lover of all things cute, cuddly, rock/metal music, food, and Invader Zim.

Jules (an Ex-Co-Pilot) is just yet one of the many stressed and sleep deprived college students awaiting the day of her graduation ceremony. She will be obtaining an Associate’s degree in Programming and Database Administration this fall and starting her final but most difficult step in fulfilling her ambition to becoming a DBA.

When she is not spending sleepless hours on studying and working as an IT Intern she is often administrating her website and most of all, gaming. You can find her playing a wide selection of games on many platforms; PC, Xbox One and the PS4. None of which is concurrent because she often gets bored after becoming max level and doesn’t care for stats. For the moment games you can find her playing would be Heroes of the Storm, Destiny and GRAV.

Jules has a distinct taste in music, she enjoys Electronic, (some) Metal and Acoustic music mostly but is open to others as well. Some artist that she listens to frequently is Melanie Martinez, DJ Vanic X, Jaymes Young, Bring me the Horizon, RED, Chiodos, Memphis May Fire, Story of the Year and many others. She also records her own acoustic to songs and listens to those frequently for ideas of improvement, so if you can fit yourself into your music choice that would be one as well.

with their powers combined they are,